For those of us who dedicate ourselves to a healthy gym routine, Planet Fitness has made it clear any intention of doing this for the opposite sex is somewhat in vain. Recent findings from their study on what is known as “Dad Bod” revealed this body trend is popular among women and men for several reasons. Huskier Hollywood actors like Leonardo DiCaprio and Jason Segel have embraced this softer physique that promotes a real man’s stomach with just a hint of fitness looming somewhere under the surface.

This preference for paunch plays well into the growing focus of feeling confident in one’s skin, and some even use it as a tool to appear more approachable in executive leadership roles. Vladimir Putin bare-chested on a horse, anyone? So, to understand why and how this latest body trend is here to stay, let’s explore more about what classifies as a Dad Bod and how men everywhere are reclaiming this standard of sexy.

What is a Dad Bod?

In a world that typically demands a consistent diet and exercise to promote not just our healthy lifestyle but also success, some have thrown aside the granola, juice fasts, and CrossFit. Men have come to realize they can have a healthy physique while still showing off an appreciation for beer and lazy days on the couch with their significant others. This change of balance between work and play highlights a refocusing of priorities and acceptance of self in men’s lives.

But what is this fabled Dad Bod that is all the rage? For every guy out there, their bodies will not have the same definition, but some characteristics highlight this body type, such as:

As one can see, there is more Pillsbury doughboy than kale chips love going on here. But again, the Dad Bod is not focused on being a well-oiled machine but a comfortable medium of ease and approachability. This desire to present a more low-key appearance brings a proudly low-maintenance lifestyle while still alluding to the ability to pounce into action at a moment’s notice. Women everywhere love this.

Why Dad Bods are Good for Men

With every new trend or realization in the health community, some detractors won’t agree. Some may say that Dad Bod is just a cop-out for men to neglect their health or is only popular because the public disapproves of the high pressure put on men and women to carve out an Adonis-like appearance from their uncooperative genetics. Maybe there is a small ring of truth in these criticisms, but the positive effect on men’s confidence, love life, and work balance is undeniable. Consider some of the benefits of a Dad Bod below and decide for yourself.

A Dad Bod is Capable

Dad Bod is more about appearance than ability. Having one means there is strength just under the surface of that craft beer-paunch you are sporting underneath that t-shirt. Instead of spending hours at the gym, you do quick workouts and meet the challenges of a hectic lifestyle head-on. From taking your kids to football practice to putting in long hours at the office, you are ready for the marathon of life. Modern dads are more than just weekend warriors.

Maintaining your health requires a healthy diet that avoids processed foods, quick drive-thru dinners, and minimal sweet snacks. Men with Dad Bods do their best to watch what they eat, but crazy schedules for your kids and career obligations make you lean a bit more towards convenience. Who cares if it’s a quick double-decker for lunch or dinner now and then? Having time to prepare a healthy meal isn’t always possible, and a man has got to eat!

Dad Bod is the New Sexy

As mentioned earlier, Planet Fitness commissioned a survey to find out if a Dad Bod is attractive or not, and the results said that over half of the participating women agreed. More than that, these same women also preferred a little pudge on their men compared to washboard abs! Why is this? For many, men with Dad Bods exhibit personality traits that many find attractive, like:

Whether he is a high-ranking business exec or your neighborhood mechanic, men with Dad Bods have a realness about them that makes them approachable, affable, and believable. You can visually see they focus on the here-and-now by prioritizing a balance between idealized desires and what they have in front of them. You won’t find yourself feeling out of place in the company of these men because they accept you for you, just like they do themselves, which promotes trust and openness.

With all the talk about body confidence and benefits, there is one glaring elephant in the room that many men struggle with when it comes to their Dad Bods: fashion. Currently, a lot of the clothing in men’s department stores don’t offer many options as far as the cut and fit. The garment industry is quickly trying to fill this need, but a little creativity might be to avoid casual or professional styles that would not do your body justice.

What You Shouldn’t Wear on a Dad Bod

While the small tire around your stomach is a vision of confidence and sex appeal, you don’t want to overemphasize it. You want to move attention away from your mid-region so it becomes part of your natural scenery and accentuates you as a whole.

These particular styles draw focus away from you as the whole person. Imagine trying to keep a client’s attention on a golf outing if you are a big and tall fellow wearing a loud Hawaiian shirt? It’s important to blend it all out and create the entire picture of you.

What Looks Good on a Dad Bod

By highlighting your shoulders, you can pull unwanted attention away from your ovalish shape. This same advice is excellent when trying to determine the best way to hide your hips and thighs to avoid looking like a walking boiled egg. Here are a few outfit ideas to get you started:

For many executives, suits are a must, but the type one wears is vital to pulling off a more modern-professional Dad Bod look. Avoid double-breasted styles as they create a thicker appearance in the mid-section. A single will do the trick nicely so that you give off a professional yet hip appearance. Make sure the length of the jacket and pants are appropriate as a Dad Bod has to account for different proportions. Keep the color theme neutral by wearing black, dark grays, or even a shade of navy.

If you don’t need a formal appearance, go for separates that speak to your personality and show that you mean business. Consider simple khakis paired with a typical navy blazer that you can accentuate with specialty socks or a tie that has a bit of a complimenting pattern.

When considering a casual style for your Dad Bod, we aren’t referring to cargo shorts, sandals, and your favorite Led Zeppelin tee. We mean occasions where you are out with coworkers at a conference or wining and dining business clients while courting possible partnership opportunities. Imagine Elon Musk, and you have a general idea of what to shoot for in your style.

Select pieces like an open-buttoned canvas shirt jacket in neutral colors to wear over a comfortable cotton shirt or tee. Pair this with dress denim jeans or chinos, which will afford comfort with a modern blend of style. Make sure the legs are not tapered to fit but instead fall straight.

The Takeaway on Dad Bods

With it being 2020, the concept of idealizing any body type has appeared as socially unacceptable in an attempt to include people in all of their many shapes and sizes.The Dad Bod seems to have put this movement on its head as men move toward more body positivity like their female counterparts and less focus on sculpted looks. The trick is finding the happy medium of letting one’s body develop this now much-coveted laissez-faire appearance while still commanding respect and confidence in the ability to lead.
Via Unsplash by Brandon Hoogenboom, Via Unsplash by Jan Kopřiva

Reading Time: 5 minutes “What a haven is this place on a cold, hard winter’s day, when business perhaps… 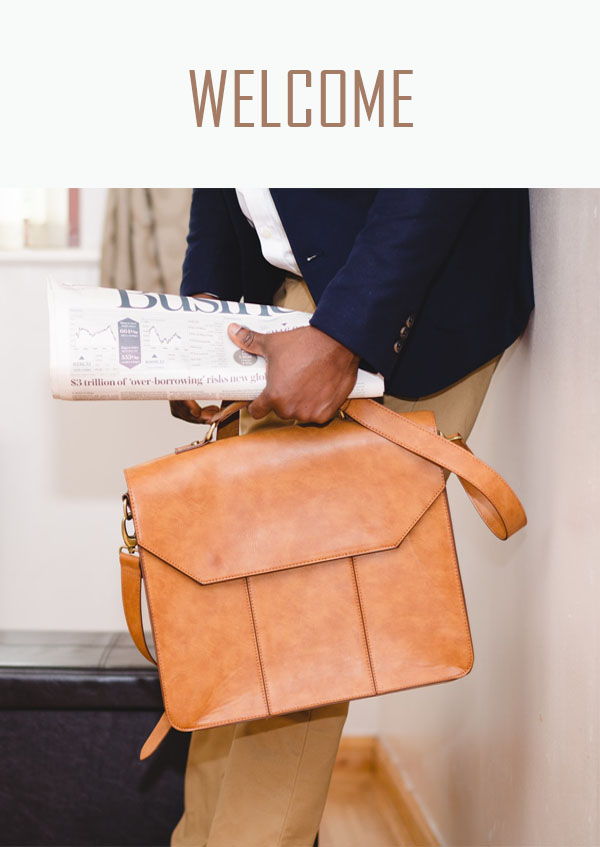